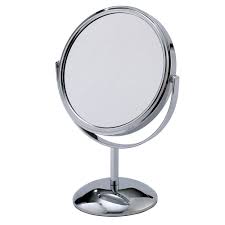 I think a good skill for a teacher to have is the ability to think on your feet. While I am always a girl with a down-to-the-minute plan, I find myself to be pleasantly surprised when I can latch onto a lesson idea on my toes – and it actually turns out really well!

During today’s tutoring session, an idea fell into my lap and I ran with it! I was very happy to have such an instantaneous idea turn out well, especially because it was an activity that I had never even thought of bringing up.

We were doing a little activity with tear-out letter cards from a phonics workbook, and my student noticed that turning the lower-case ‘n’ upside down made a ‘u.’ Then we explored other letters that could be turned to make others. My student instantly latched on to a ‘b’ being a ‘d,’ but was a bit puzzled when turning it wouldn’t give him the desired outcome. Cue light bulb!

I told him that in order for a ‘b’ to turn into a ‘d,’ we would need to put it up to a mirror. Luckily, there was a glass-cased storage cupboard right by where we were working in the library, so I held the ‘b’ up to the mirror, and he was pretty amazed (and, at first, a little skeptical – I think he thought I was playing a trick on him at first! haha) when a ‘d’ appeared in the reflection.

Continuing to ride my brain wave, I told him I could prove it to him by letting him write a ‘b’ and a ‘d’ on paper and transforming then. That flicker of discovery that crossed his face is the moment I live for! 🙂

In future, I think I could turn this into a whole lesson about symmetry and mirror images. It could even be a hybrid Math-English lesson! And I would love to dig a little deeper into letters that would look the same in the mirror (like a capital ‘H’).

There are so many cool ideas that you could fabricate using letters, words, and a mirror! I am excited at the possibility of using this in a real classroom someday! 🙂

I am a Pre-Kindergarten and Grade 1 teacher in the small town of Hudson Bay, Saskatchewan. I am a very proud University of Regina graduate and a UBC Masters student, pursuing my degree in Early Childhood Education. I am fascinated by the world of early childhood education and love learning new things. I am a small town Sask girl who loves my doggo, chocolate, yoga, traveling our amazing world, curling up with a good book, and my friends and family.